Join us as we meet Hawksmoor, Manchester server Elena Bradley as she discusses her hospitality journey, resilience, and mental health.

Does working in hospitality make you a better customer? It’s an interesting question.

On the one hand, being brothers & sisters in arms, you’re aware of the long hours, the high-pressure environments, the need to always be ‘on’. There is shared experience, an unspoken bond.

On the other hand, time spent working at the coal face has given you high standards, you know how it should be done and how you like it. You probably don’t get to go out that often (those long hours again), so woe betide anyone who ruins this for you.

Elena Bradley, server at Hawksmoor in Manchester, thinks “it’s completely down the middle.”

“Because I know the hardship of what it’s like to be on the floor, I wouldn’t ever give someone a hard time,” she says. “But if I take a Saturday off and go to a restaurant I’ve looked forward to… I want that vermouth, that one glass I’m going to have, to be exactly how I like it.”

‘Hardship’ may seem like an exaggeration, but when you’re serving as many customers as Hawksmoor, and turning over as many tables as Elena during a twelve hour shift with just a couple of breaks, it’s not that much of a stretch.

It’s no secret that hospitality is one of the toughest industries to work in, both physically and mentally, with an alarmingly high occurrence of ‘burn out’. A recent survey by trade charity Hospitality Action revealed that 64% of hospitality workers have struggled with a mental health issue during their careers.

“If you struggle with your mental health it’s a very difficult industry to work in,” says Elena. The challenge of having to emotionally “turn it on”, she explains, “really takes a lot out of you.”

“At the end of your shift, when you get there, you think ‘well is it like a face I now take off?’ Like what now? You can feel sapped.”

Elena says the problem with the industry has been that to struggle, and admit to be struggling, was seen as a sign of weakness. “It was almost like you can never complain,” she says, “and that if you complain and say you’re struggling you’re seen as failing, or you’re not good at your job.”

Thankfully, things are changing. The industry is finally facing up to its mental health problem and progress is being made, with a much more open and honest approach, and an increasing number of services available to help those who are struggling.

It is a sea change that Elena has experienced herself working at Hawksmoor. “Here was the first place where I was allowed to say when I was struggling. Here no one criticises you if you go up to a manager and say ‘I’m in the shit’.”

Through years spent working on the restaurant floor, Elena says one of the most important lessons she’s learned is the ability to seek help when it’s needed.

“You have to be able to ask for help. At first, I was so stuck on making sure my standards were high and never asking for help, at the worry of appearing like I’m rubbish at my job.

“Then you can get too far gone in the shit and you can’t turn it around, Then you’re getting into the crying in the toilets phase, which you never want to be at.”

Don’t forget you can find out more about dealing with mental health in hospitality here. 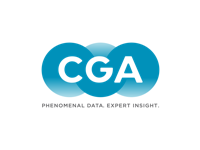